Art for a Torchbearer GM screen

I’ve assembled a pretty nifty Torchbearer GM screen from the covers of old calculus textbooks and duct tape. The interior panels are lined with charts that came with the PDF, and I put a magnetic strip behind the turn tracks so I can use them upright. All that’s left is the art…

This isn’t just any fantasy RPG however; this is fantasy Vietnam, where quirky murder hobos starve to death in caves. Most fantasy art A) isn’t set in dungeons and B) doesn’t depict this kind of gritty realism. Post some art that you think perfectly captures Torchbearer! Bonus points if it looks like something that wouldn’t have been out of place on a 70’s RPG book. 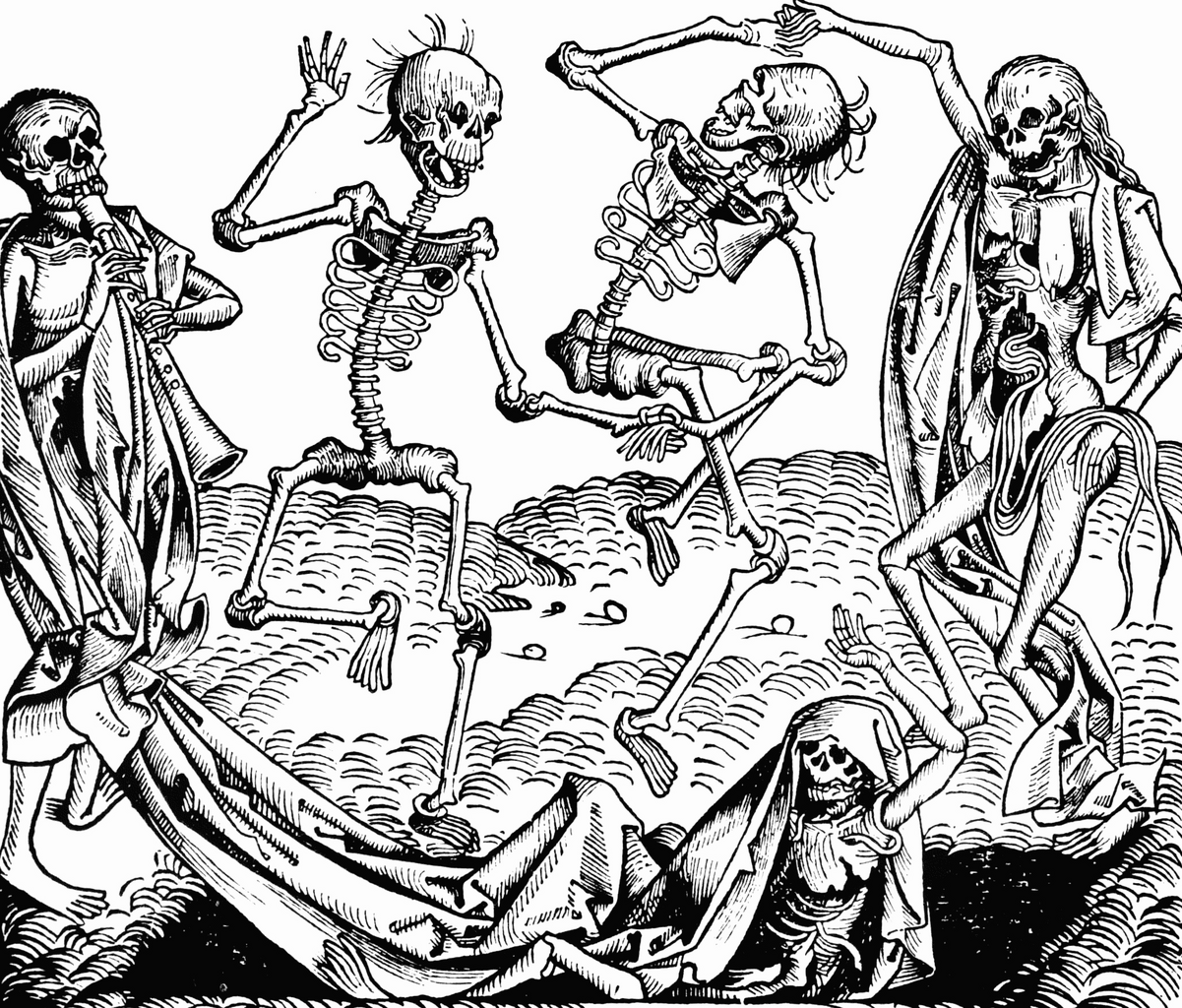 OH WOW. The Danse Macabre is an inspired choice for a Torchbearer screen. I will 200% recommend using that. It looks great, the thematics are wonderful, and it has meaningful symbolism for the game.

Oh yeah. And you could fit a LOT of tables behind some of those.

A collage from a stack of old National Geographics would be fun!