She inspired a lot of literature, but was a very real person. She killed and wounded many men in duels. One of whom later became her lover.

Her original exploit was having an affair with a nun, then burning the convent and putting a dead body in her place as they absconded. If I remember the details correctly.

Yeah Julie is a great character. Stranger than fiction.

Timoji, a South Asian pirate and privateer who allied himself with the Portuguese

Timoji (also referred to as Timoja or Timmayya) was a privateer who served the Vijayanagara Empire and the Portuguese Empire during the first decade of the 16th century. He claimed to have been born in Goa and to have escaped the city after its conquest by the Adil Shahi of Bijapur in 1496. After his support in the 1510 Portuguese conquest of Goa, he was for a short time appointed aguazil of the city. Since the 14th century the Deccan had been divided in two antagonistic entities: on the one si...

Tomé Pires a Portuguese apothecary who lived in Malacca, and later as the first Portuguese diplomat in Ming China. He wrote a detailed book about his experiences, unfortunately beyond my current budget. He makes for a cool character archetype (he’s an apothecary!) but his description of the city of Malacca, where 84 dialects were spoken, is the most interesting thing about him. That book will be a fantastic resource for any campaign set in this era, eventually I’ll find a copy.

Tomé Pires (1465?–1524 or 1540) was a Portuguese apothecary from Lisbon who spent 1512 to 1515 in Malacca immediately after the Portuguese conquest, at a time when Europeans were only first arriving in Southeast Asia. After his arduous experiences in India and the East Indies, he headed the first official embassy from a European nation in China (Portugal, to the Chinese Zhengde Emperor, during the Ming dynasty), where he died. Pires was apothecary to the ill-fated Afonso, Prince of Portugal, son...

Lapulapu was a Filipino chieftain or Datu who is mainly known for having slain Ferdinand Magellan at the battle of Mactan with his Kampilan sword. He was a pirate, originating in Borneo, who settled and controlled the island of Mactan. Much of his life is semi-legendary.

Lapulapu or Lapu-Lapu (fl. 1521), whose name was first recorded as Çilapulapu or Cilapulapu, was a datu of Mactan in the Visayas. Modern Philippine society regards him as the first Filipino hero because he was the first native to resist imperial Spanish colonization. He is best known for the Battle of Mactan that happened at dawn on April 27, 1521, where he and his warriors defeated Portuguese explorer Ferdinand Magellan, who was killed in battle. Magellan's death ended his voya Besides being a...

Map of Borneo from Pigafetta’s book

Antonio Pigafetta was a Venetian scholar who was assistant to Magellan during his famous voyage. He was one of the 18 survivors who made it back to Spain in 1522, out of 240 who set out in the expedition. Born in 1480 in Venice, though he died at the age of 40, he lived to see the wonders of the Pacific and many other parts of the world. Like Tomé Pires he wrote a book, his was called Relazione del primo viaggio intorno al mondo, and it contains many beautiful maps and illustrations.

Duarte Fernandes was a Portuguese tailor who was part of one of the first Europeans to visit the Kingdom of Siam (Thailand), in 1511. After taking part in a mutiny, he was spared due to his ‘amiable nature’ and later send as an ambassador to Siam, where he was successful in his mission and helped establish friendly relations with the Portuguese colony in Malacca. He took a specific interest in Chinese shipbuilding and was fascinated by the Chinese junk.

Duarte Fernandes (16th century) was a Portuguese diplomat, explorer, and was the first European to establish diplomatic relations with Thailand, when in 1511 he led a diplomatic mission to Ayutthaya Kingdom (Kingdom of Siam), after the Portuguese conquest of Malacca. Duarte Fernandes was a Portuguese tailor who traveled to Malacca as part of the first expedition of Diogo Lopes de Sequeira in September 1509. When sailors grew anxious that the expedition was delaying a return to Portugal, a number...

Diogo Veloso a Portuguese sailor and merchant, he is known as the first European in Laos. He became personal friends with a Cambodian King named Satha, and was then involved in intrigue between several Cambodian city-states. Together with his friend the Spaniard Blas Ruiz they attempted to restore King Satha to power in Laos, but upon learning he had died, they managed to foment a rebellion, though it ultimately failed.

Diogo Veloso, or Diego Belloso in the Spanish historical accounts, (Amarante 1558 - Cambodja 1599) was a Portuguese adventurer active in Southeast Asia in the last quarter of 16th century, acting sometimes in the service of the Spanish Governor of the Spanish East Indies (within the Cambodian–Spanish War) and sometimes as a freelancer. He and Spanish Blas Ruiz were the first Europeans to ever set foot in Laos. Veloso's journey to Laos started in Cambodia. In Cambodia, Veloso met and befriended K...

Blas Ruiz, a Spanish sailor and possibly a minor noble, in addition to being part of the above adventures, he instigated the ill-fated Spanish invasion of Cambodia, in another attempt to restore their friend King Sathah to power. Interestingly, the Spanish sent 3 ships with Spanish, Filipino Japanese and Mexican soldiers. Blas Ruiz was probably killed by Malay mercenaries in the hire of King Satha’s son and rival.

Blas Ruiz de Hernán González or Blas Ruiz de Fernán González was an explorer from Ciudad Real, Spain. In the last decade of the 16th century, along with the Portuguese adventurer Diogo Veloso from Amarante, Blas Ruiz was the first European to ever set foot in Laos. Ruiz's journey to Laos started in Cambodia. In Cambodia, Ruiz met and befriended King Satha of Lovek and Veloso of Portugal. When Lovek was invaded by Ayutthaya, Satha was overthrown by his son and other nobles who allowed Ayutthaya ...

Finally - this isn’t a person but another source. The Códice Casanatense is a Portuguese illustrated almanac of the world as it appeared to them from the Red Sea to the Pacific Rim. It gives us kind of a snapshot of what the world looked like to them. Here are a few of the many fascinating pictures from it. 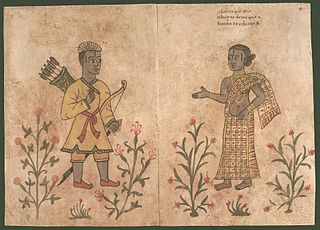 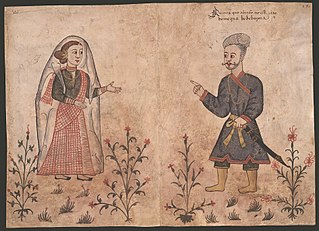 Turks from the Red Sea area

This is amazing stuff. Thanks for sharing!