Working on some new lifepaths for our current playtest. No advancement for them yet, but we’ll get there. 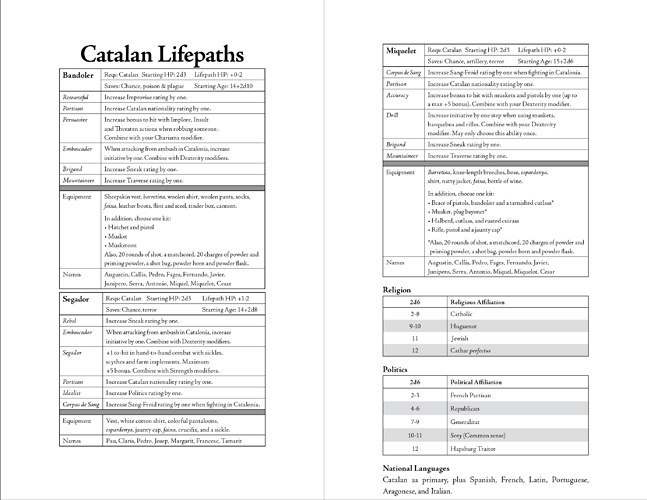 And another one (long overdue in general) the Bruixa! 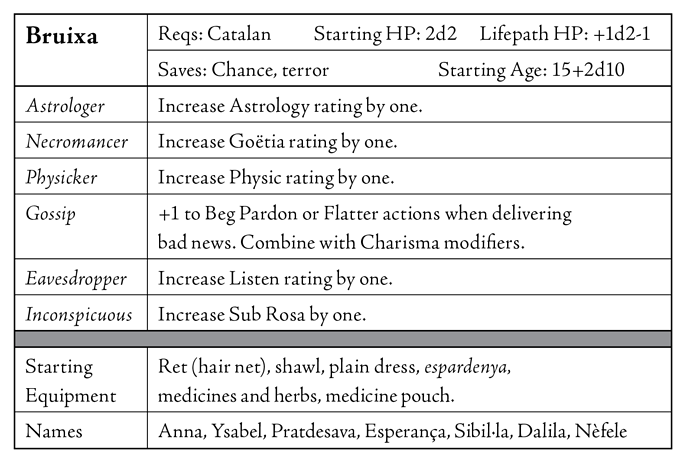 Hey Luke,
first of all: Thanks for granting us a glimpse into your work once more. I’m lurking around day after day in hope of some new content to be published, and here it is!

I really like the majority of the lifepaths presented here. Will you include these into the 1648 source book or will they rather be published in a zine format?

What were the sources you build these lifepaths from? Which books did you read to get a good knowledge of the catalan history?

Last but not least one point of (semi-)critique: Witches are a prominent trope of 17th century fiction, so I get the urge to implement them. The fact that they didn’t come with the first release of M&M shows that you gave some thought to this issue. I also played around with some concepts for my game, but always decided against using any witch lifepath because it was mainly a defamatory and malevolent concept to shut down independent women. The women we know as witches were mostly individuals who resisted the efforts of the ruling class to implement early capitalist rationalization. Silvia Federici’s “The Caliban And The Witch” was a real eye-opener in this regard.
I am certain that you have thought about this issue at length, too, and that you have no ill intentions, but I guess it is nonetheless valuable to you what other could think of this lifepaths. If the case for catalan witches is a bit more nuanced let me know, I am here to learn.

That said, I can clearly see a witch lifepath in this game, but we need to be sensetive to the historical implications of the concept. Depending of the final implementation in the game, being classified as a witch could, potentially, be something very empowering for women.

That was a lot of text! I am very grateful for your work, Luke, and full of anticipation for the next content!

Hey man,
I agree that witches are a sensitive subject. However, there were women who practiced magic in 1648. I want to represent them. Just as we have represented the dopey occultists and philosophers who were predominantly male.

I also know that thousands of innocent women were accused of being witches and then murdered by radical, conservative men in order to satisfy their fascist political agenda of subjugation and power.

But if we build this game right, we’ll provide the opportunity to address and confront those villains. That’s the hope, anyway.

To get started, we’ll need women who dabbled in magic. What I posted above is a rough draft. There’s already things that need to change. I included witches in Catalonia, because the region seems to have a particular strong association with bruixes.

Oh, real cool Luke, I didn’t know there were going to be lifepaths from outside France!

By the way, I found an french archaeological glossary of middle-age and renaissance with illustrations.
It’s beautiful and filled with funny and interesting stuff and free of rights since it dates back to 1884.
Here is the link. And here are some fun things I found:
Page 7 …the punishment for adultery is that both the adulterers will run the city streets naked and that the man will pull the woman by a rope tied to his testicles, or he will pay 100 silver sols to the lord…
Page 22 An Alectoire is the stone found in a roosters stomach that was believed by enchanters to bear magical properties that will make a person who wears it gracious and constant and/or victorious in combat and/or discreet and silver tongued and/or less thirsty. 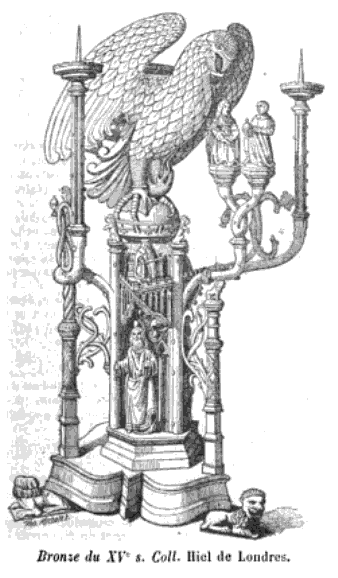 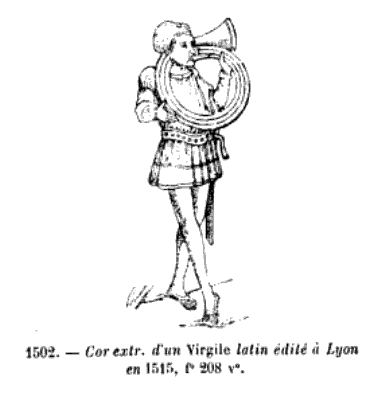 Check out this guy. He’s an NPC in our current playtest. 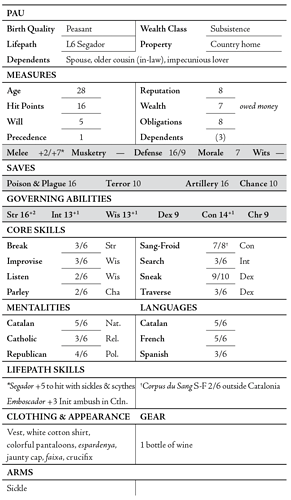 Really love the character sheet format on that 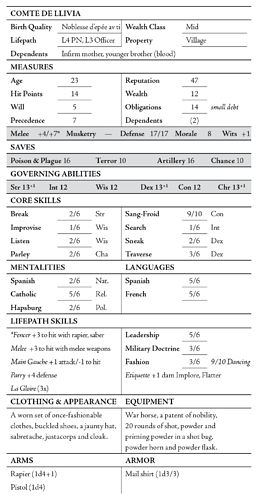 For example, I imagined the comte would be rich, but instead I see that he is well off, but burdened by debt and obligations. If he doesn’t have some fortune this summer, his mother and brother will both suffer.