I think this is the right place to post this but I’ was at work today thinking about burning wheel and I came up with what I think is a pretty neat idea. I think it would work best as an emotional attribute but I’m not sure.

The idea is that you become a host to an innumerable amount of diseases, cancers, and viruses with your body constantly mutating. While in the beginning these are easily manipulated by the host as the exponent get higher the host loses more and more control to the diseases inside of him eventually becoming a constantly growing and changing mass much like what happens to tetsuo in akira. 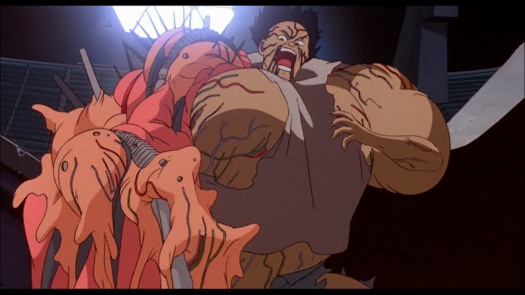 any help with fleshing out this idea would be greatly appreciated.
P.S. I also know corruption is a thing but this focuses on spreading these diseases and maybe creating new ones.

Perhaps it’s called Contagion and the host is driven to share this contagion. At the beginning, it’s an urge you can easily control, but the control gets harder and harder as the exponent gets higher. The mutations could grant a kind of natural magic, but eventually the character becomes a Carrier, which is an unplayable creature whose sole reason for existence is spreading the disease. The character would lose all sense of self at that point. Kind of like the zombies in the World War Z movie.

I was having a hard time coming up with an “emotion” for it but today I think perhaps Obsession? I know that’s not and emotion but neither is Corruption so I think it works. I feel like as for how it drives the character its just they have an over whelming need to spread their afflictions an almost primal need.

As for control over the spread of disease I like your idea of mutations granting a kind of natural magic. Maybe there could be a list of mutations like for corruption but each mutation grants a kind of disease like spell so when your exponent goes up you get a new mutation and the spell associated with it.

Ooh, what if the Emotional Attribute was “Need”? I think that’s a lot more colorful. Not that Obsession is bad, Need just feels a lot more primal to me.

I like the list of mutations as spells. That’s cool. What kinds of powers do you envision the disease(s) giving the character?

I feel like it depends on the disease. like perhaps cancer deal with growth, Rabies maybe has to do with extreme sensitivity to sounds so maybe the character could hear things not normally heard?

It might be a simple thing to reflavor Faith into Need. Faith kind of does what I picture Need doing. You need to make one Belief about spreading the infection (which should come from the Infected trait that the character gains and gives them Need). Then there are different levels of benefit they get and can roll their Need on. At Need 10, instead of ascending, they turn into a Carrier and become a mindless husk whose only actions are driven by the Need.

The Attribute could simply be canned “Mutation” and operate on a template similar to the other emotional attributes.

What if you called it Hunger?

It grants you the powers to pursue whatever you might need, but no matter what you’ve acquired, it’s never enough. Pursuing satisfaction simply advances your Hunger until it completely devours your identity and leaves you a massive, bloated husk, eternally questing sate its mindless urges.