I was looking at the Red Dragon stats and they are immense. Pretty much unconquerable for a standard party.

So how can I use it in a game? I’m thinking of a convention one shot where the group goes into a twisty crystal cavern, far more manoeuvrable for the adventurers than a dragon to try to skim a few coins and jewels from the dragon’s hoard while the dragon searches for and chases them. Nowhere is safe when the dragon can just blow fire down the narrow tube into your campsite.

Is this a manageable Torchbearer situation? Will they just get cornered and unable to flee after the first compromise? What level should the party be to even attempt this?

I think this could work as a scenario, and I think that any level could attempt it. I would hesitate to run it at a convention, as it might be hard to get by-in for such high-risk scenario. Things might go really poorly if players don’t grok the rules and stakes quickly. Torchbearer asks players to cooperate more deeply than other dungeon crawlers and aligned player expectations are important.

This sounds great with the right group, especially how it emphasizes might and conflict type (systems of Torchbearer that really set it apart). I think they could get cornered and be doomed, but the way that threat levels are out of the GMs control is another thing that makes Torchbearer neat. This scenario might acutally work best as part of a campaign, where the tactical choice to duck out and seek safer riches is a meaningful option.

I’ve been working on a one shot adventure for conventions called The Slumbering Storm Giant. The idea is the giant fell asleep guarding his treasure. You have to extract as much treasure as you can from the castle without waking up the giant. If you do wake him, then it is time to flee!

Maybe something similar here. The dragon is “asleep with one eye open.” So long as the party doesn’t take any treasure from the main horde, the dragon doesn’t care. But, if they touch one coin in that pile under the dragon, it is BBQ time!

Me thinks the only way to really engage with dragons (besides running away) is through a Battle conflict. A small party does not stand a chance against a mature dragon. For our wild west Dastards & Desperadoes hack, I ran a scenario with five 7th-level dragon-wise dragon hunters with Gatling guns, elephant rifles, explosives, and Might increasing level benefits. They still could not take down a black dragon.

You need serious backup to take on a dragon, like an army or something 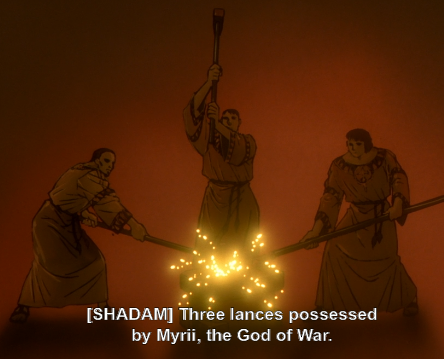 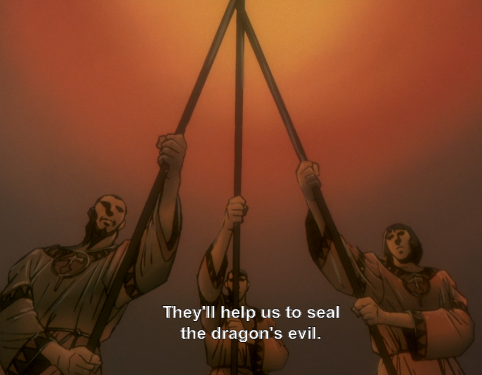 I wrote up a one-page dungeon about a dragon called Æglickír. I recommend it for levels 6+ to deal with the hazards around the dragon’s cave. In my first playtest, the fools attacked the dragon in her lair and were slain instantly. However, the point of the module isn’t suicide by dragon. There are many other options: bargains to be made, mysteries to be solved, treasures to be found.

We have heard tales of it from ages past.