Tomb of the Timeless Master

Just finished this map - not for one of my own adventures, but for an upcoming wuxia game from Bedrock Games. When I do my own maps I usually follow Q*Bert topology so they’re easy to convert to 3D, but this one had a layout specified by the client, so used Sketchup to figure out what it would look like in 3D. Anyways, I’m rather partial to how it turned out.

The basic idea is the rebel son of the demon emperor Yao-Feng created a hidden palace/training area in the mountains. Yao-Feng found it, however, and while the son was away, razed it and put all the students to the sword.

The distraught son returned, buried his students as best he could, then began recording his techniques so that they would survive into posterity, filling his ruined complex with traps. It was a race against time, however, as Yao-Feng’s army returned and after a brutal battle, smashed their way in, and slew the son.

That was some time ago - the aftermath of the battle is still around (including the son, the titular Timeless Master, his body pierced with arrows) - but now the place is occupied by ghosts

The upper area on the right is a series of tombs, undisturbed from when the Timeless Master sealed them up. The areas on the top left, however, have been broken into and now a snake demon lives there, visited occasionally by worshipful bandits. 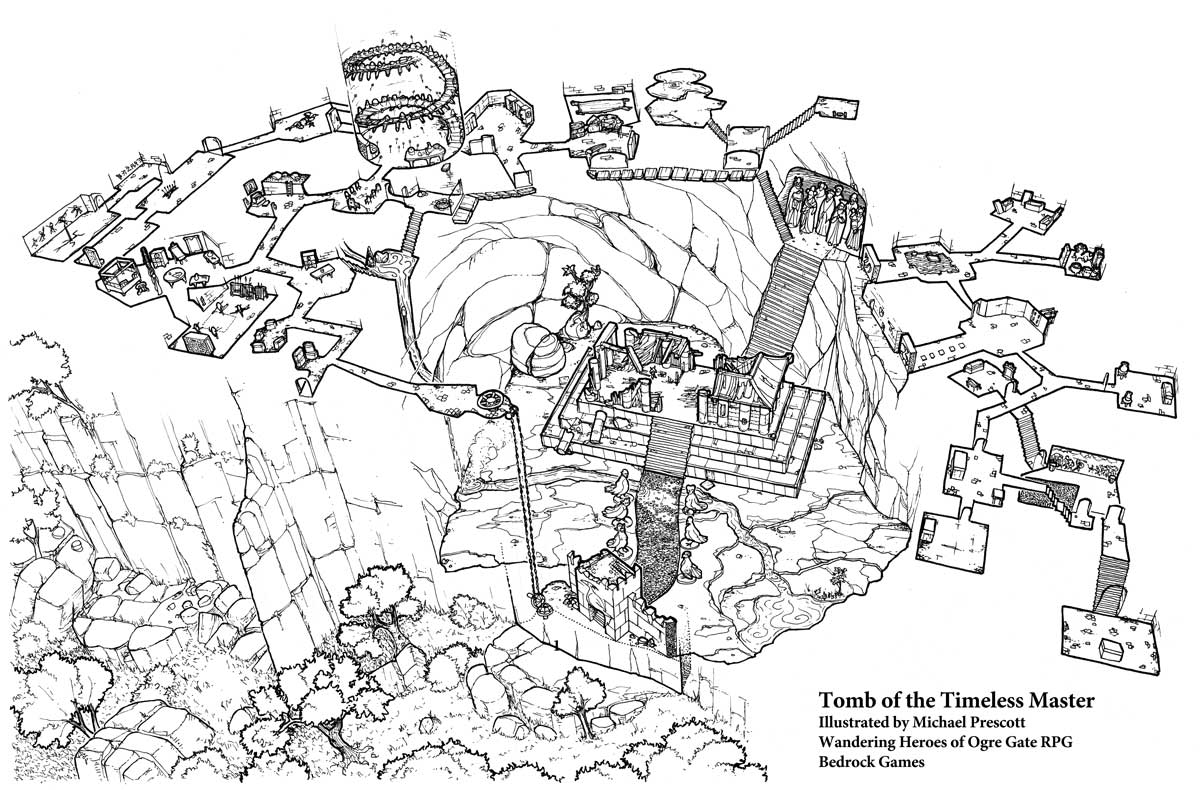 You just keep getting better and better!