We’re hosting our 20th anniversary party on Friday night at PAX Unplugged. We’ll hangout and chat about old times, but the main event is a Fight! tourney that we’ve cooked up for you: War With Thor!

15 years ago, at our infamous 5/5/5 event, @PeterT hosted the first Fight! tournament, aptly named Beat Pete. Well, Thor has unseated him as the BWHQ champion cheater fighter. So this time you’ll need to topple Thor if you want to wear the crown! 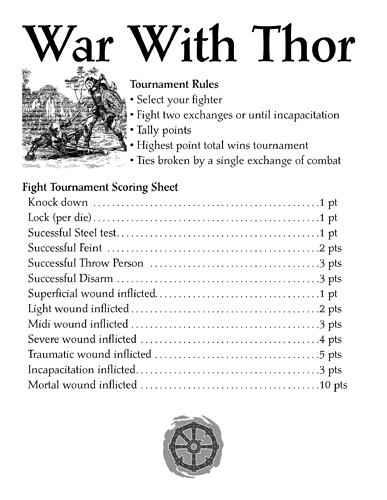 Sorry about that typo!

What are the fighters to choose from?

Are you going to practice?

I used the Horned Troll (wielding a maul) alone in my regular Burning Warhammer campaign tonight against four veteran BW players who I’ve been playing with for years. They disengaged and ran for it after the second exchange. I’m ready!

Oh, and I’ve reserved a few special friends just for Thor’s use.

I was thinking if doing an online version for we who won’t be attending.

I won’t be able to attend, but I was curious about what the options were. Thank you!

Oh this is so cool. Boohoo for me. Can someone please youtube this!?! Have fun!

I’d be down. Not Friday, but another night.

Does Thor yet reign supreme?

Oh yes. I’ll let him tell the tale of the defeated.
But @MadJay won the tournament! He was the only person to score against Thor…with a total of 1 point!

All the characters used were from the BWGR Rogues Gallery.

The second round was me as the hoszrem (my fave) against @MadJay’s roden assassin. The roden managed to land a scratch on me (superficial wound).

The third round was me as the Astride the Beast wolf versus the Orc Legionnaire. The wolf used Howl of Doom to terrify the orc and then ripped him to pieces with slavering jaws.

The fourth round was me as the bugbear versus another horned troll. The bugbear used his mace to beat the troll to a bloody pulp.

Finally, as a bonus round, I played the human duelist against Luke as the evil wizard. Luke used a combination of The Fear and White Fire to incinerate me. So I went four for five.

A good time was had by all!

So next time it’s Slay Jay?

It sounds delightful! Good on Jay for makin’ ya bleed.

Chloe and I had a similar bout with the Wizard and the Duelist. My traitorous dice failed the Wizard’s engagement. Things got real… Ehem, righteous from there.

I put everything I could into the engagement test. I knew it’d go south for me if I failed it.

I rolled 6 or 7 dice and got 1 success, no sixes. The God’s had simply tired of this uppity wizard and his pretenses. Maybe I shouldn’t have threatened the duelist’s puppies…

I had to defend my puppies!

Roden Assassin here! Watching other folks script Fight! and then sitting down across from Thor, knowing he knows that I know that he knows…like a poker game. He nailed my first volley cold -it was fantastic!! I relied on the Roden’s speed, but forgot about the Hoszrem’s natural armor! Still I got a cut on it and made it through two exchanges - the roden was beat good though! Fantastic fights, great Amish donuts and wonderful company to spend time with!

And the Whitefire theme song!! OMG!!!