I think I’ll be running Well at Golden Springs for some friends at GenCon on Thursday night. If anyone is going and would be interested in joining, let me know. I could also potentially run it Wednesday night if there is enough interest to warrant a full separate game. I’ll be there all Wednesday for educator panels morning and early afternoon.

Fair warning, I’m not a super experienced Torchbearer GM, but have run this adventure twice now: once online for my normal TB group, and another time for some friends here in Louisville, so I hope it’ll be a decent introduction to the game that I’ve really come to love.

PM me or email sheddingDOTsoundsATgmailDOTcom

Successful intro! At the BW seminar, a gentleman named Jason expressed not having a clue about Torchbearer and I invited him to join, and Todd (he saw this post here) was interested as well. They joined four other friends spread across two states who were either curious or were roped in due to social pressure for a party of six. I’ve now run the adventure three times and I’m slowly polishing and have been surprised in different ways each session by unexpected creativity. My primary hope is that I was able to share elements of what I love about Torchbearer to spread that interest. 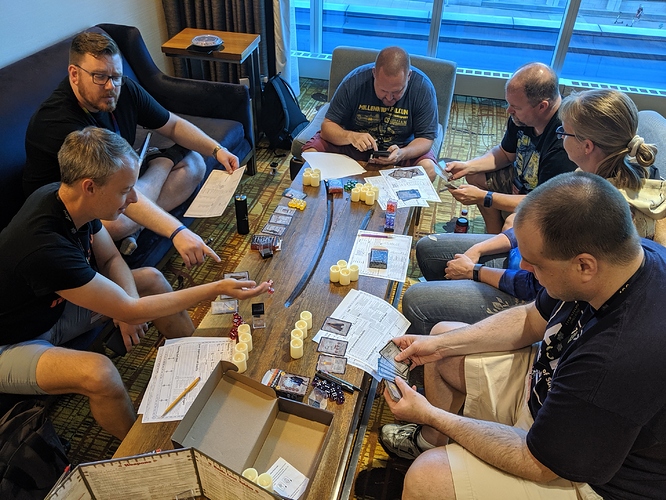 What were some of the surprises?