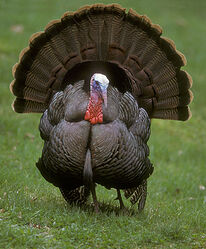 Wild turkeys are fierce, aggressive, and territorial. Flocks of turkeys populate the edges of forests in highly-organized groups. Novice hunters should think twice before engaging with large groups, for wild turkeys fearlessly defend their nests.

During the fall, males segregate into flocks by age and females form flocks with their offspring. During mating season in the spring, a solitary male might hold a harem of 20 females, while sibling males band together in team-courtship flocks of up to 50 females.

Precedence should be “—” lest turkeys in finery should outrank adventurers.

You never know. These turkeys are pretty wild after all.

Precedence should be “—” lest turkeys in finery should outrank adventurers.

He wears a disguise to look like human guys but he’s not a man, he’s a chicken boo.

He wears a disguise 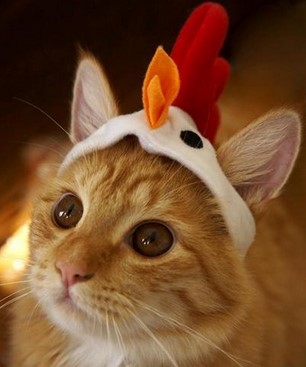