Hello folks, inspired by the TB 2e kickstarter, I’ve been making some location maps. Here’s the first one I’ve completed.

I’ve posted the full size versions—including a monochrome version—along with my vague notes for a scenario using it on my blog. 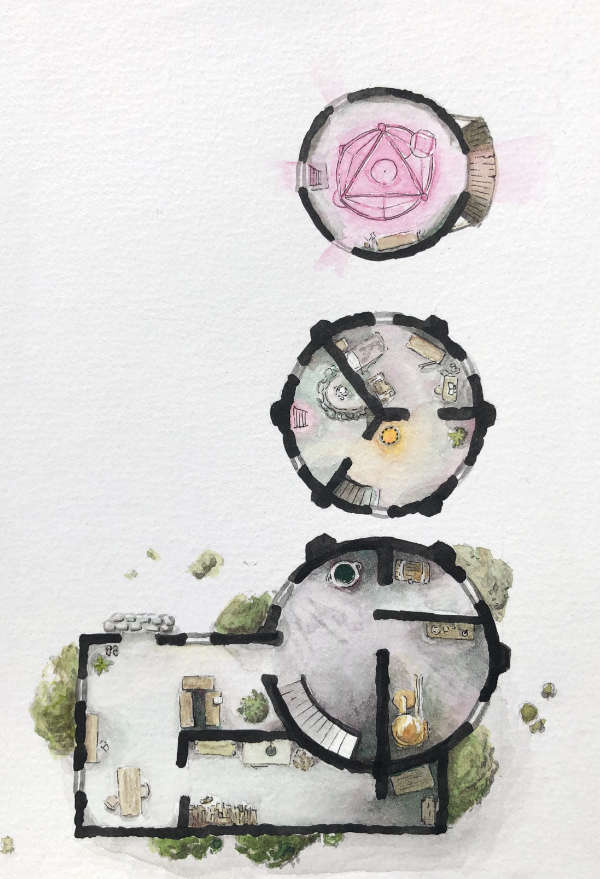 The core idea is that this tower is normally inaccessible due to a confounding fog that surrounds it; that has recently disappeared. The top floor of the tower has the summoning circle, and inside is a demon that has been called and bound, but the wizard of the tower is dead outside it. Somehow the circle is still holding. The valuable treasure that everyone knows the wizard has is in his hands, but just taking it will cause the circle to break releasing the demon

If you use it, I’d love to hear what happens

@brehaut I saw this the other week immediately following a Flee conflict in which the players failed to evade their bandit assailants. I had ended the session with them being dragged to a remote ruin where their captors made camp, but it was only after I saw your map that it’s purpose took form.

Though the adventurers may not dive into the tower, your post has breathed life into this twist in the story, fueling my thoughts on why these bandits make camp here, what they seek and what they fear.

but for now they undergo a trial to earn back their freedom.