Hi guys,
What happenned to the supplement? I only found out about it today! We are starting our first game this week, so its not essential but it would ne nice

is there a working link?
Thanks

Thanks for getting back to me Jared. 14 Classes and 7 stocks sounds great.
Hopefully it wont take long. Im sure my players will go through a few characters!

I’m with you on that, Crusoe. I’ve been (patiently) nagging Jared on this for quite some time now. I have an Assassin character that will hit 5th level in the next town session, so I’m looking L6 in the face. Jared has been understanding, even going so far as to strongly hinting at what is to come. Can’t wait for actual supplement, though.

It’s hard to have a time scale when you’re waiting on someone else. You’re right in the sense that having an estimated waiting time makes people happier with their wait, but you’d be a lot less happy if Jared pulled a time estimate out of his butt and then missed it thanks to the artist. Just let it happen when it happens.

It’s hard to have a time scale when you’re waiting on someone else. You’re right in the sense that having an estimated waiting time makes people happier with their wait, but you’d be a lot less happy if Jared pulled a time estimate out of his butt and then missed it thanks to the artist. Just let it happen when it happens.

That is a completely logical and intelligent responce, well thought out and skillfully presented. That being said, I want my high-level Assassin abilities, damnit!

Thank you for all the hard work and your patience with my impatience, Mr. Sorensen. Can’t wait to read it.

now the other question on everyone’s mind. Where do I throw my money at you to get the files?

Y’all suck at the Internet.
http://www.memento-mori.com/rpg/torchbearer-sagas-wanderers-outcasts-exiles 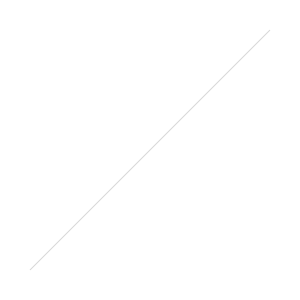 as soon as I finished posted that reply I ended up doing a simple search and found it right off of the bat. I am sorry that I wasted so much time.

The document looks great and I will have to see if my players are ready to try something different now.

Ok, Mr. Sorensen. I love the new book, but I have a lot of questions. So, here goes:

Human Assassin:
Throwing Blades and Stilettos (btw, I think that’s spelled wrong in the book) are not mentioned under the L1 class description. Is it assumed that Assassins are proficient with their use?
If my Assassin takes Deadly Tricks at L6, does that mean she can never invoke prayers? Or can she take Shadow Initiate at L7 (or later)?

Human Barbarian:
Other than role playing reasons, why would anyone take the L10 Rage ability over That Which Does Not Kill Me? Both give you a permanent +1 to Might, but with Rage you lose your ability to use Wises (while technically immune to the full effect of Angry) but with TWDNKM, you gain another +1 to Might when Injured. Seems imbalanced to me, as I understand it.

Human Monk:
A Boxer takes no penalty when fighting unarmed. But a Drunken Boxer takes the normal penalty for fighting unarmed, but gains a +1D to Feint and Defend actions. Does the penalty counteract the bonus? (-1D for fighting unarmed, +1D class option) Or do they get the bonus instead of the penalty? (-1D to Attack and Maneuver, +1D to Feint and Defend) If not, a Drunken Boxer is just a less effective Boxer. (Its a similar question for the Wrestler, but he gets a +2D, so even if they stack, he gets a bonus.)
I like how you get the Enlightened trait. That’s cool.

Human Strider:
No questions here, but Feign Death, Snapshot and Riposte are all pretty cool.

Minotaur Pitfighter:
With Undying Devotion, do you pick one permanent character to be devoted to? Or do you pick one for each Kill conflict? Do you die at the end of the conflict even if you don’t reach 0 hit points?

Assassin: they should be listed in their weapons. An assassin must choose Deadly Tricks or the ability to use prayers.

Barbarian: Being able to use traits while Angry permanently seems pretty good to me. And if you’re walking around injured all the time to gain the Might benefit you can be killed even in non-Kill conflicts. I would choose Rage over the other benefit every time, but that’s just me.

Monk: Fighting unarmed is an obstacle, so when they Feint or Defend it’s at +1D but the obstacle increases by 1. Drunken Boxing starts out a liability but gives you more dice to roll, so more opportunities for rolling 6’s, using Fate or Wises, etc. And when paired with some of the higher level abilities, it becomes cool.

Minotaur: Pledge to defend a character for that fight. Roleplaying-wise you’d probably stick with one character that means a lot to you but you can change it for the duration of the fight if you want (you’re that person’s bodyguard). If you don’t haven’t reached 0 hit points then the fight has yet to end, right?

Thanks for the quick response. All that makes sense. Thanks for the explanation. One follow up, though. On the Minotaur’s UD, it says “Unless you win the conflict without compromise, you become Dead at the end of the fight.” So, if we win with a compromise, the minotaur may not have reached 0 hit points. If he never reached 0 hit points, does he still become Dead at the end of the conflict?

Your minotaur dies if you pledged Undying Devotion to a comrade and you suffer a compromise. You’re the compromise.

Ok, that is how it reads. Brutal, but thanks for the clarification. Love the book, btw. Lots of cool and innovative ideas.

Are the game mechanics for preparing prayers the same for assassins as they are for clerics? I understand it is a simple process of washing their hands with water, but do they make a Theologian (or Ritualist?) test to prepare them?

Shadow Intiate says “You may invoke a first circle prayer from you class prayer list.” Then, under Assassin Prayers, it says they “gain access to specific prayers at level 6.” Does this mean, when they prepare during town and camp phases, that they can pick from the list based on their upcoming needs, like a cleric? Or does it mean, when they pick the class abilities at L6, 7 and/or 8, they pick a prayer from the list and that is the only prayer they have access to from that level. (Access to three prayers maximum.)